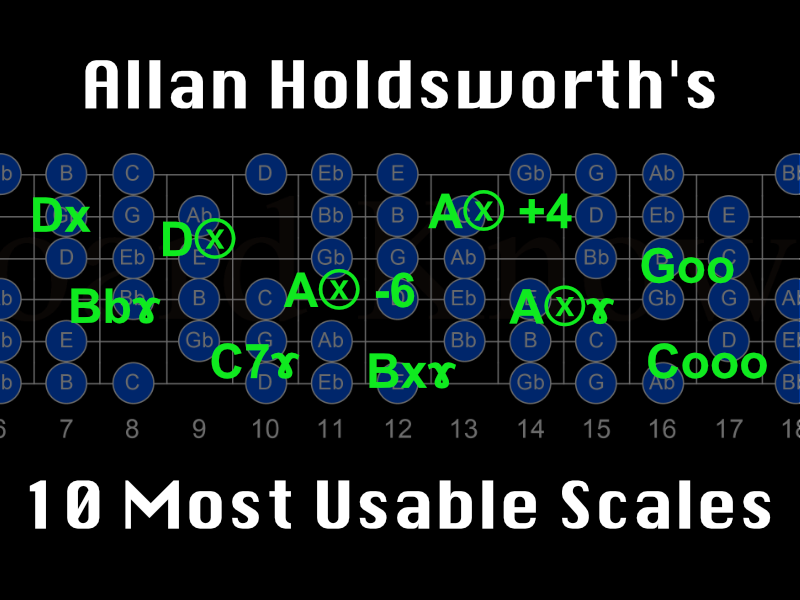 In 1992, REH released a video for Allan Holdsworth. In it, he gave a little glimpse of his process. His way of displaying and treating scales was of paramount importance.

Included with each of the scale diagrams is a list of the Common Chords which can be derived from that scale.

This article is a work in progress and this topic deserves much expansion, which will be implemented gradually. For the time being, please enjoy this initial listing! 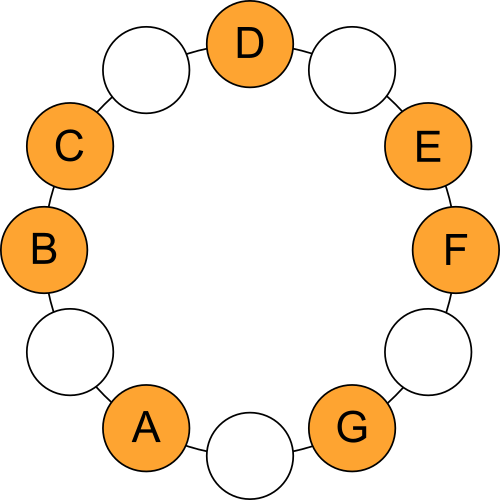 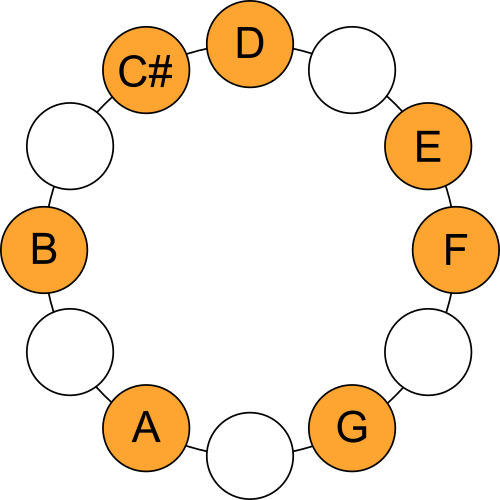 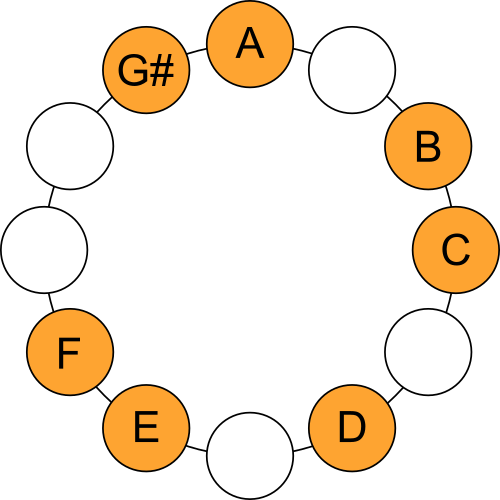 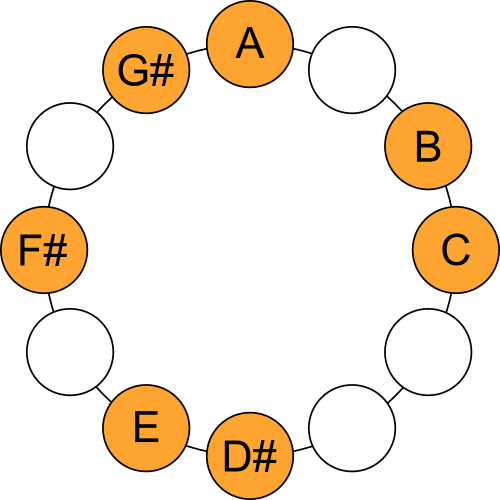 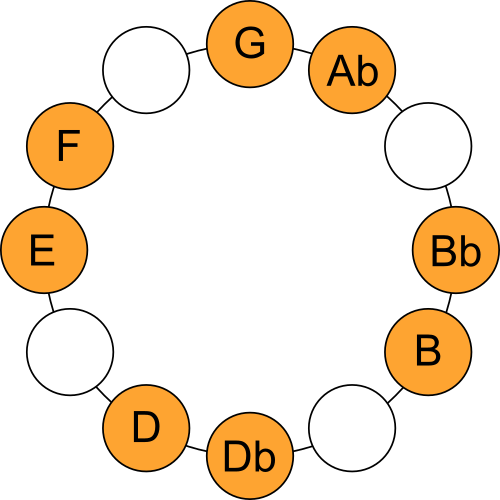 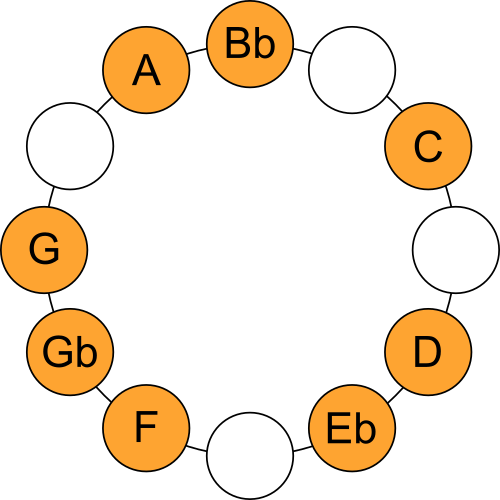 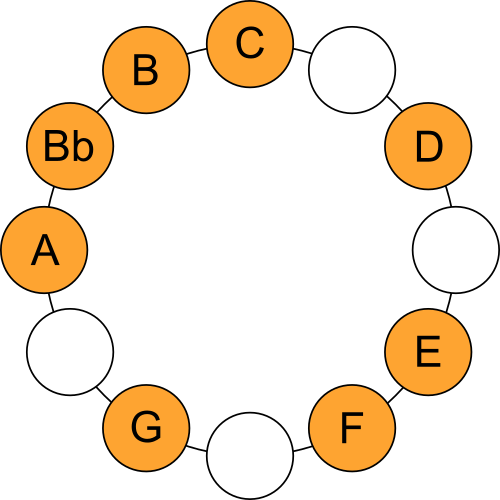 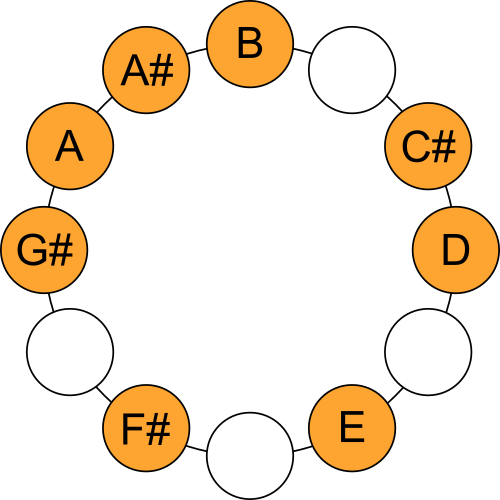 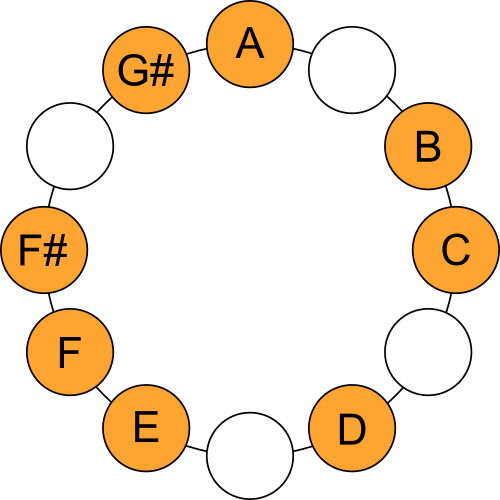 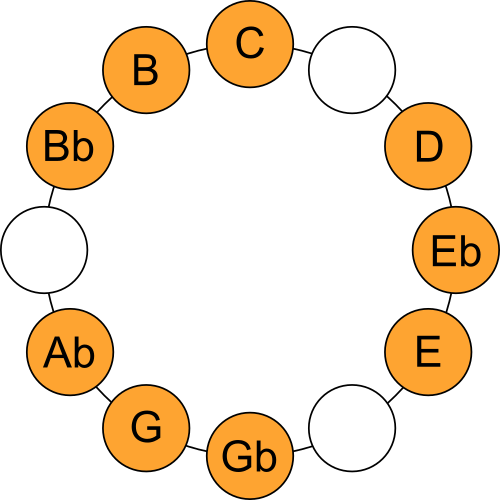 On 13 September 2014 there was a "meet & greet" with Allan Holdsworth in The Cutting Room in NYC. Here, Allan discussed his approach and concepts more in-depth than he would typically do or was known for.

In this 'part 3' of the highly recommended recordings of that meet & greet, he explains how he looks at the notes within an octave as a circle, instead of, say, a row and he showed a graphic of his interpretation of such a circle.

He explains how he arrived at his personal concept of approaching the C major scale from the second degree (the D dorian mode), and using it as a vantage point. The reason for this is that he looked at the circle visualization of the scale and found it to be perfectly symmetrical when the D is at 12 o'clock. This is also how he arrived at his naming convention of the 'x' as the most basic scale type.

So, in a way not unlike Pat Martino's approach, he uses 'conversion to minor', looking at each scale preferably as a variant of the dorian mode.

The practice of visualizing scales in this way comes from Musical Set Theory, as a way to visualize pitch classes, a system that takes a highly mathematical approach to music and is more commonly used in the world of classical music, especially amongst scholars and composers. A good example of this is the Chromatic Circle.

Visit the Main Topic for the D Melodic Minor Scale.

Visit the Main Topic for the A Harmonic Minor Scale.

Visit the Main Topic for the A Melodic Minor #4 Scale.

Visit the Main Topic for the C Jazz Dominant Scale.

Visit the Main Topic for the B Bebop Dorian Scale.

Visit the Main Topic for the A Bebop Melodic Minor Scale.

Be sure to purchase an official copy of the Allan Holdsworth