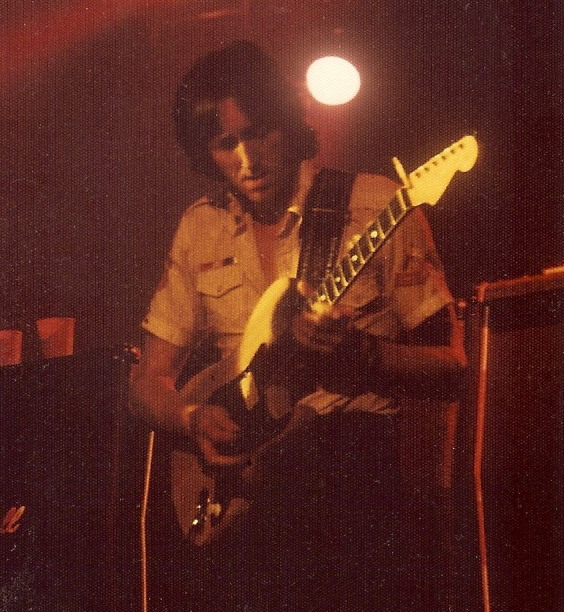 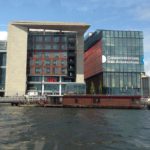 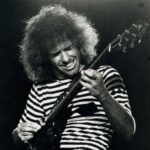 Around 1997 I was studying jazz guitar at the Conservatory of Amsterdam which basically means I was practising jazz standards, playing an archtop guitar and listening to Pat Metheny, John Abercrombie, Jim Hall and Wes Montgomery. 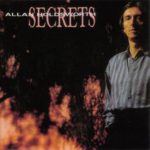 I had heard some of Allan Holdsworth's music before but as I had developed the basic amount of snobbism that I felt was required for a jazz guitar student, I’d become somewhat opposed, aesthetically, to anything that did not sound like an archtop guitar. The few morsels I’d heard of Allan Holdsworth were -in my mind- categorised as ‘shred’, virtuoso hard rock or metal, which wasn’t my 'thing'.

So, here I was, giving this “Holdsworth” another ‘chance’ with the one cassette I had of his music, the album called "Secrets".

After the first song, “City Nights”, I was a little bit surprised! This obviously wasn’t just any modal shredder! Listening to the second song, “Secrets”, I became intrigued, this was good stuff! The third song, “54 Duncan Terrace”, was meaningless to me at the time.

The fourth song of the album, "Joshua", composed by one of the guest musicians, pianist Steve Hunt, did it for me. This was a tune I could digest more easily, it started with a a simple melody played by the keyboardist and when the guitar came soaring in, my life was changed. I remember I flew up straight, dumbfounded by the sheer genius of what Allan Holdsworth did to a simple guitar entrance. I was awestruck from the impact of the revelatory moment I had just experienced. From that moment on, I understood what Allan Holdsworth was about, musically, and what a genius he was.

I bought every cd and lp I could find and for a while I even attempted to play and sound like him. The Allan Holdsworth REH video was already available and when the library at the Conservatory finally had it, me and a few like-minded friends watched that thing dozens of times in total amazement. My thought process changed, my musical understanding deepened.

After successfully completing my studies at the Conservatory, I took a job in IT and became a software programmer.

Inspired by the Allan Holdsworth REH video, I started to dream about a software application which would enable me to make fretboard images like the ones he drew by hand. Around 2003 I started working on my own software project called "Fretboard Knowledge" and for a while had a website called fretboardknowledge.com where the first version of the program was available as freeware.

For programmers out there: I wrote FretboardKnowledge in (Visual) C++ with the STL and MFC libraries.

By 2006 I had a growing family, dreams about getting back into music, started teaching guitar again and I completely abandoned the project. I quit my job in 2007 and went full-time with my local guitar school.

Through the years I used my program privately and in my guitar school. The url had been grabbed by one of those companies that charge a lot of money for domain names but in 2016 it was dropped and I picked it up again. With the help of a friend I was able to retrieve my old source code and although I'm not a programmer at all anymore and find it very difficult to implement improvements, I managed to successfully implemented a few things which make the application really useful for myself to this day.

Although the application is in no condition to be sold, I decided to do something with what I made and this is why I started this website.

In multiple ways, it would not be here if there was no Allan Holdsworth. 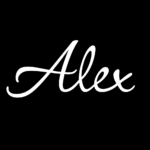